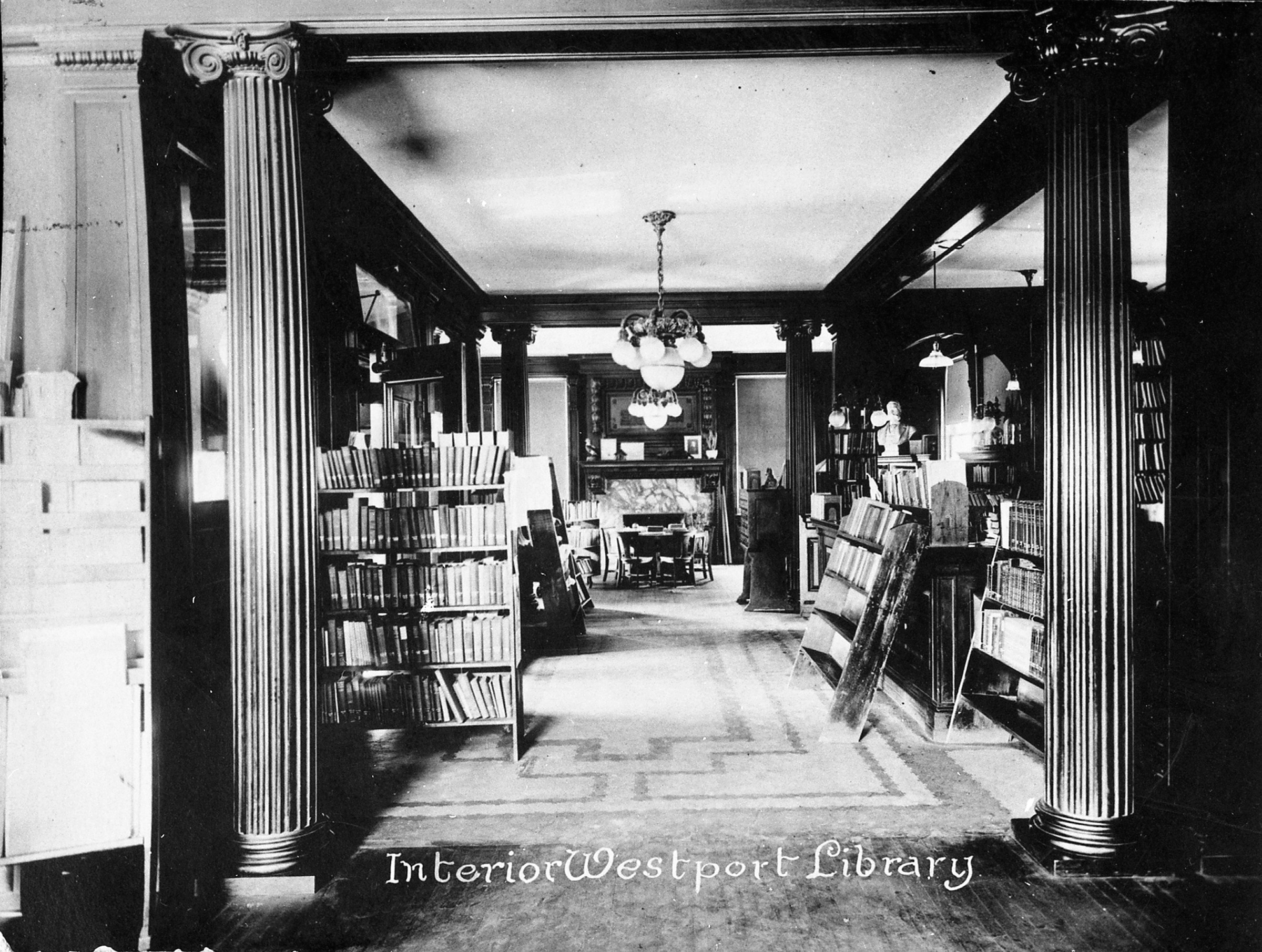 At the turn of the 20th century Westport was modernizing.

In 1906 an electric trolley replaced the horse drawn omnibus in service since 187 for Westport, Greens Farms, Saugatuck and Compo Beach via the Norwalk-Bridgeport line which ran mainly along the Post Road (U.S. 1). The downtown Westport  line ran down main street.

By the early 1900s manufacturers like Olds Motor Vehicle Company (Oldsmobile), Duryea Motor Wagon Company and the Henry Ford Company began producing motor cars. Vehicles were also produced in Saugatuck, like the Toquet Touring Car made by the Toquet Motor Car Company in 1905.

In 1906, the ten-year-old Westport Reading Room and Lending Library was improved by Morris K. Jesup who funded a new building in the heart of downtown, next to the Saugatuck River. Jesup’s library was an impressive brick and granite building that employed elements of classic Greek and Roman architecture. This elevated sense of architecture for public buildings was a part of a national movement called “City Beautiful.”