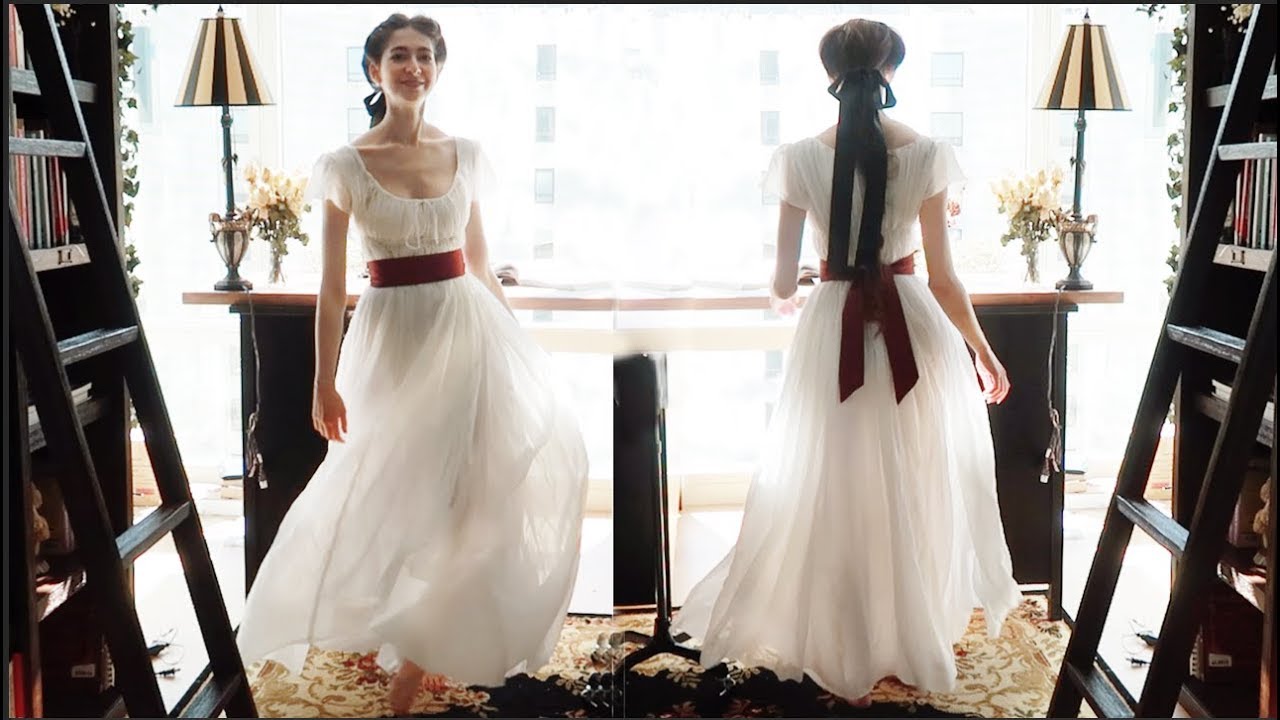 If you’re a history buff, fashionista or just plain in the mood for some calming afternoon content, the YouTube channel of one Bernadette Banner might be the place for you. Ms. Banner, an “independent online content creator,” showcases historical dress prior to the electric sewing machine with the intent of understanding their construction, function and place within the historical record. Banner creates her own garments and models them for viewers. Her videos contain helpful sewing tips, relaxing commentary and opportunities to see how clothing of the past was created. Whether you are a sewer or simply a history connoisseur Ms. Banner’s channel will make you appreciate fashion’s past and will transport you to a different time.

You can watch this delightful channel here.
YouTube Review: Bernadette Banner Nicole Carpenter
What better time than this, the 400th anniversary of the 1620 Pilgrim landing in Plymouth, Massachusetts to read a comprehensive and entertaining history of the Plymouth Bay Colony. In The Mayflower: The Families, the Voyage, and the Founding of America, author Rebecca Frazer tells a great story from the colony’s creation into the mid 18th century. Following the Pilgrims as they flee England for Holland seeking religious freedom and then being driven from that land onto to America, Frazer’s book paints a detailed picture of the ambition, fervor, and politics behind the oft-told and beloved legend of the founding of America. The author also explores the human foresight of the Pilgrims beginning with the Mayflower Compact, which bound these people into “a civil body politic” — “the first experiment in consensual government in Western History between individuals with one another, and not with a monarch” as well as their failures and foibles.  Not only does Frazer explore the hardship of weather and scarcity that killed half the colonists in the first year alone, but also offers a realistic view of the next 80 years during which two unnecessary wars were fought, first with Pequots Natives and then King Philip’s War with Wampanoag peoples and how Puritans and their Congregational churches both helped and hindered the creation of a new nation. History buffs will appreciate being more intimately introduced to many historical figures—among them, Edward Winslow and William Bradford (key figures of the early colony), and Roger Williams, Anne Hutchinson and Thomas Hooker. Readers will come away with a greater understanding—and not a little awe—that despite all their tribulations, their Puritans’ civil body politic somehow endured.
Community Book Review: The Mayflower: The Families, the Voyage, and the Founding of AmericaBill Chase