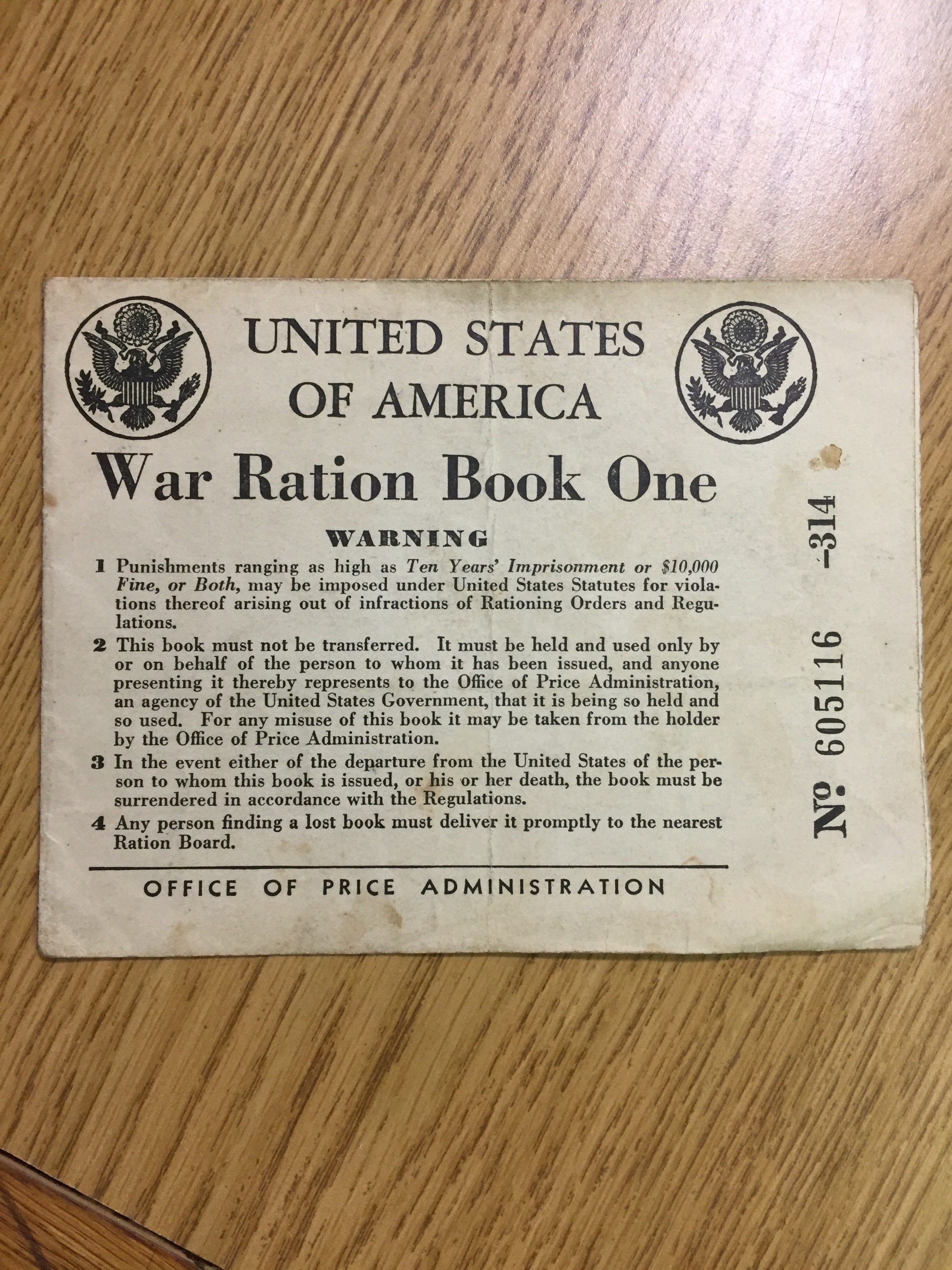 Following the first World War and the Great Depression, many Westporters supported isolationism like their brethren nationwide. However, on December 7th 1941 the Japanese bombed Pearl Harbor Naval Base in Honolulu, Hawaii causing America in enter the war. The next day Westport had its first air raid drill and for the duration of the war locals blacked out their lights at night, plane spotters were placed at Compo Beach and guards patrolled the town in case of German invasion.

Westporters threw themselves wholeheartedly to the war effort. The Westport Woman’s Club formed a home defense committee and trolley tracks were torn up for scrap metal drives. Westport children raised money to build a Navy landing craft which saw action in the Pacific Theater. Over $7 million was raised in Westport bond drives to contribute to the war effort.

Long-time Westporter, Henrietta Cholmeley-Jones lead the local effort of the American Library Association and Red Cross, Victory Book Campaign which collected nearly 5,000 books to provide troops with free books and The Saturday Evening Post featured a cover by Westport illustrator Stevan Dohanos’ painting of Westport’s Honor Roll listing those who had served. Local artist, Edward Vebell was a young illustrator for the Stars & Stripes covering fields of war and, later, the Nuremberg war trials. He was the only illustrator allowed to do so. Pioneering journalist, Sigrid Schultz, who lived on Elm Street with her mother, was a war correspondent who rose to Berlin Bureau Chief, reporting from inside Nazi Germany, in an era where few women held such positions.

Westporters from all walks of life registered for the draft and fought. Winfred Randolph Lawson and Geroge Michael both residents of the boarding house at 22 ½ Main Street that mainly served Black residents registered for the draft as did Pine Knoll Hotel employee, Gifford Ulysses Kelly who served in the Army, and others. Eight of Saugatuck resident Lucy Cuseo’s twelve sons enlisted to fight along with the 1,380 other Westporters from all walks of life who served. Only one of the Cuseo boys were killed, or listed missing in action, along with 43 of their fellow soldiers including three of the four Wassell brother pilots. Their names were placed on the World War II monument Honor Roll located just across from Town Hall today. Ann Westing, a female pilot tragically died while performing a training flight before she could see action in the war, her sisters went on to join WAVES, the U.S. Navy Women’s Reserve. Ann is memorialized on a plaque at Christ & Holy Trinity Church. Barbara Carter, a school teacher before the war, served in the Women’s Army Corps. In gratitude for Westport’s contribution to the war effort a French Village, Marigny-le-Lozon, renamed its Town Square Place to Westport.