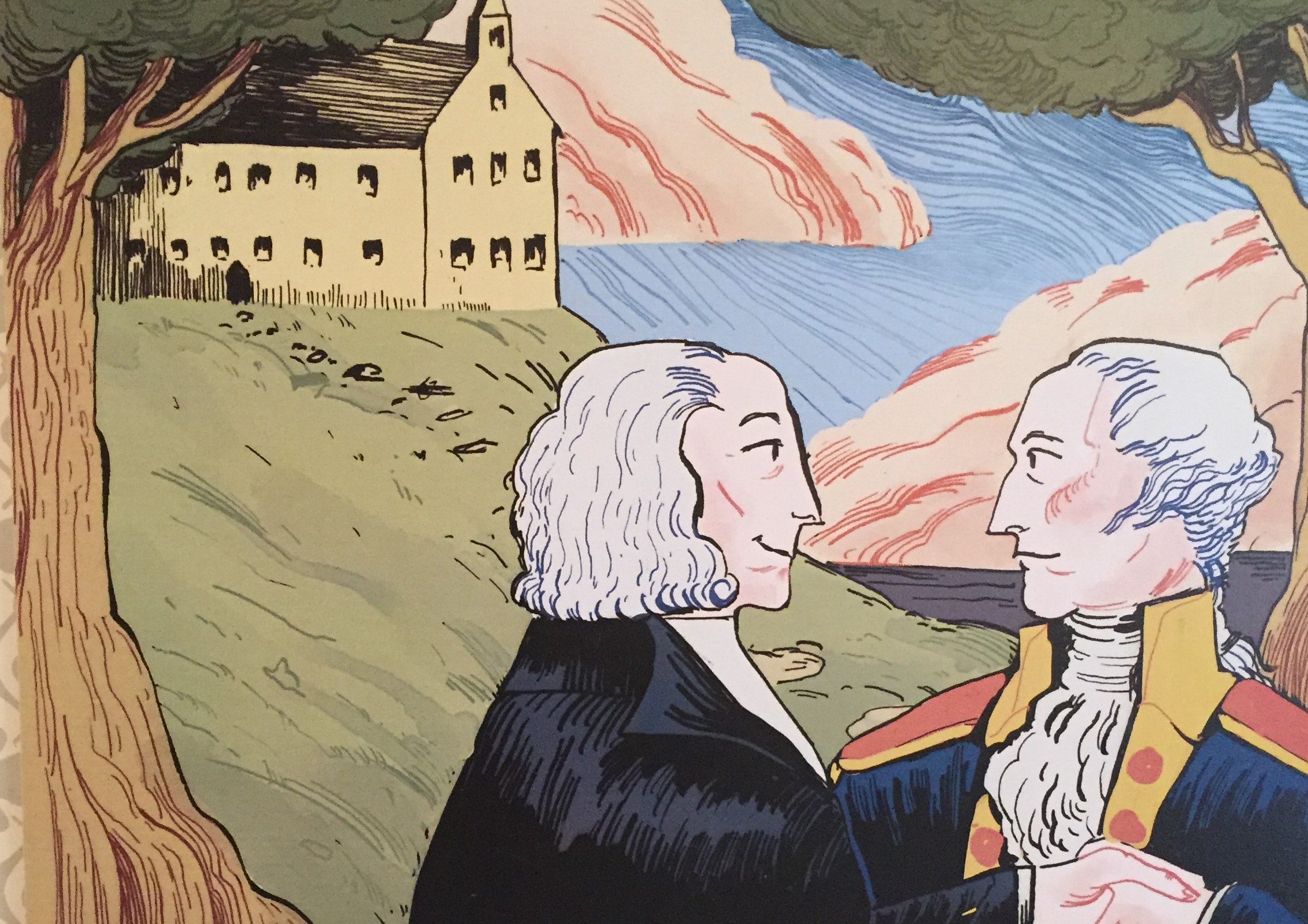 In April 1775, George Washington, newly minted commander of the Continental Army, passed through Westport en route to Boston to lead the colonial militia that succeeded in beating back the British at the Battle of Lexington & Concord. He stopped at West Parish Meeting House (Greens Farms Church) to rest and speak with Reverend Hezekiah Ripley about impending war.

The conflict was no surprise to either man-the colonies had borne harsh taxes to pay for the French and Indian War (Sevens Year War) between England and France that took place from 1754-1763. In 1764 the Currency Act prevented colonies from printing local money and 1764’s Sugar Act taxed molasses. The 1765 Stamp Act levied fees on legal documents and playing cards. The Townshend Act of 1767 taxed writing paper, paint, lead, glass and tea.

By 1773, spurred by outrage, a group calling themselves the Sons of Liberty dumped $1,000,000 worth of British tea into Boston harbor. The British retaliated by blockading the city.

Instead of breaking colonists’ spirit, revolutionary fervor grew. In April 1775 the Revolution properly began. Black and white Westporters enlisted on both sides. Reverend Ripley would go on to be a chaplain in Washington’s army. He ministered to soldiers at Valley Forge.