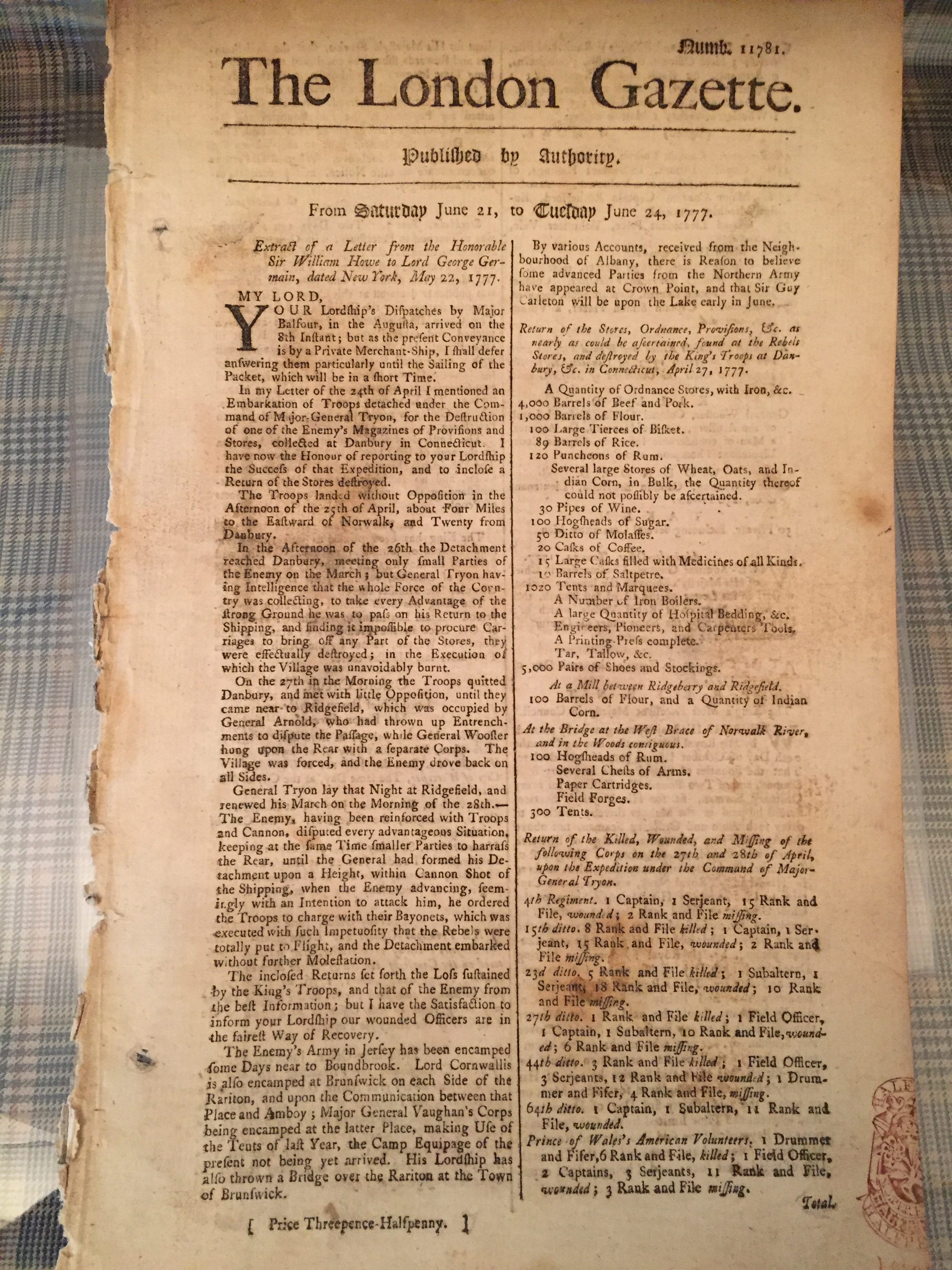 Connecticut was a Patriot stronghold during the American Revolution and its shoreline was strategic both in terms of military engagement and espionage—particularly relating to Long Island, just across the Sound which was occupied by British forces. Early in the conflict, outright battle came to Westport when, in the spring of 1777, the British landed a force of 2,000 men on Compo Beach. The goal was to proceed to Danbury to confiscate or destroy the Patriot’s supply of tents and other provisions stashed there.  As the British marched to Danbury the Patriots mustered their forces but were too late to stop them from plundering and burning that town.

Upon leaving Danbury the Patriots attacked the British column as it approached Ridgefield but Patriot Brigadier General Benedict Arnold temporarily slowed their progress in Ridgefield with a force of 500 men.  The following day Arnold desperately tried to block the raiders’ return to their ships with a force of 2,000 men stationed on Old Hill.  In a white-knuckle showdown the British outwitted Arnold by crossing the Saugatuck River at Ford Road and made a mad dash for their ships as Arnold’s troops pursued them before being scattered by British bayonet charges on Compo Hill.