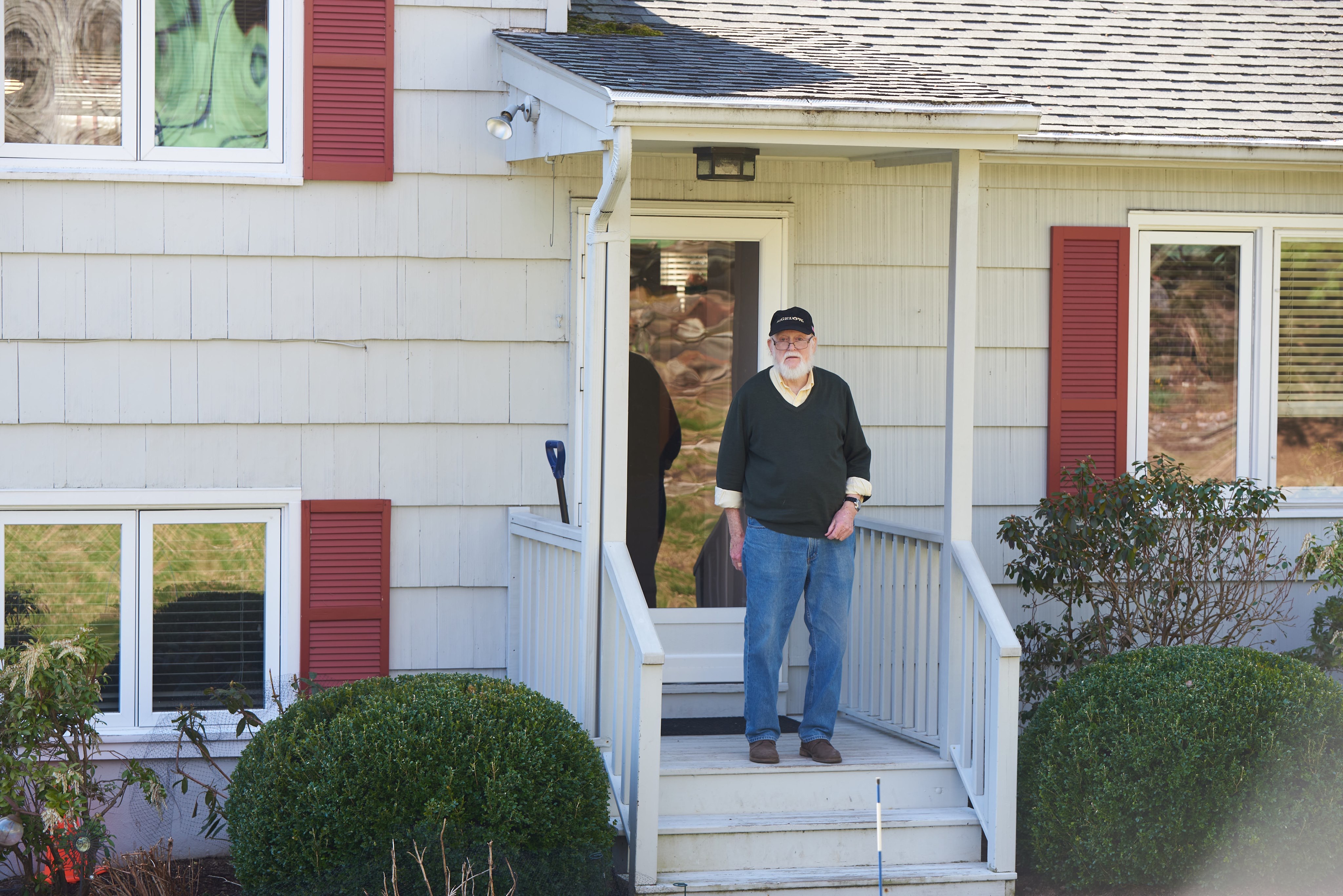 Bill Chase has lived in Westport for 45 years in the same home where he and his wife Katie raised their son, Eric. Katie, who was a retired editor, archives volunteer and board member at Westport Museum (then Westport Historical Society), passed away in 2015.  At 79, Bill is now retired from his job in marketing for American Roland Foods where he worked for 41 years, commuting to New York City and traveling nationwide. With respect to the current situation he says, “The last seven or eight years I worked for Roland, I worked at home so it’s much the same. On the other hand, my life is changed because, at my age, I realize it’s not so smart to be out shopping and doing stuff I might normally do. I did go to grocery store once or twice but then decided it’s not a good idea. Several neighbors and friends have already offered to purchase groceries for me. People are being considerate and helpful, which is not too surprising.”

Bill does miss volunteering in the archives both at Westport Museum and Greens Farms Church where he also sings in the choir. He has attended virtual church services noting, “more people seem to be coming than to in-person sermons”, he does miss the music but the church is already working on offering virtual chorale.  He wants people to know that he’s “enjoyed living in Westport 45 years, and I’m proud of what my wife has done and what my family has done socially and professionally. It’s been interesting and fun for me to come back to the place where my family started,” he said, noting that his ancestors came to the American Colonies in the 17th and 18th centuries, settling in Connecticut, Massachusetts, Maine and New Hampshire before emigrating to the Midwest where he largely grew up.

His impressions of how the community is coping with the pandemic? “Except for some foolish crowding on the beach when folks should have known better, the Westport community has responded well. There’s a lot of coverage on good things in town. I see lots of folks walking along my street. I think everyone is working hard to keep the community informed and I think that’s great.”

I think everyone is working hard to keep the community informed and I think that’s great.