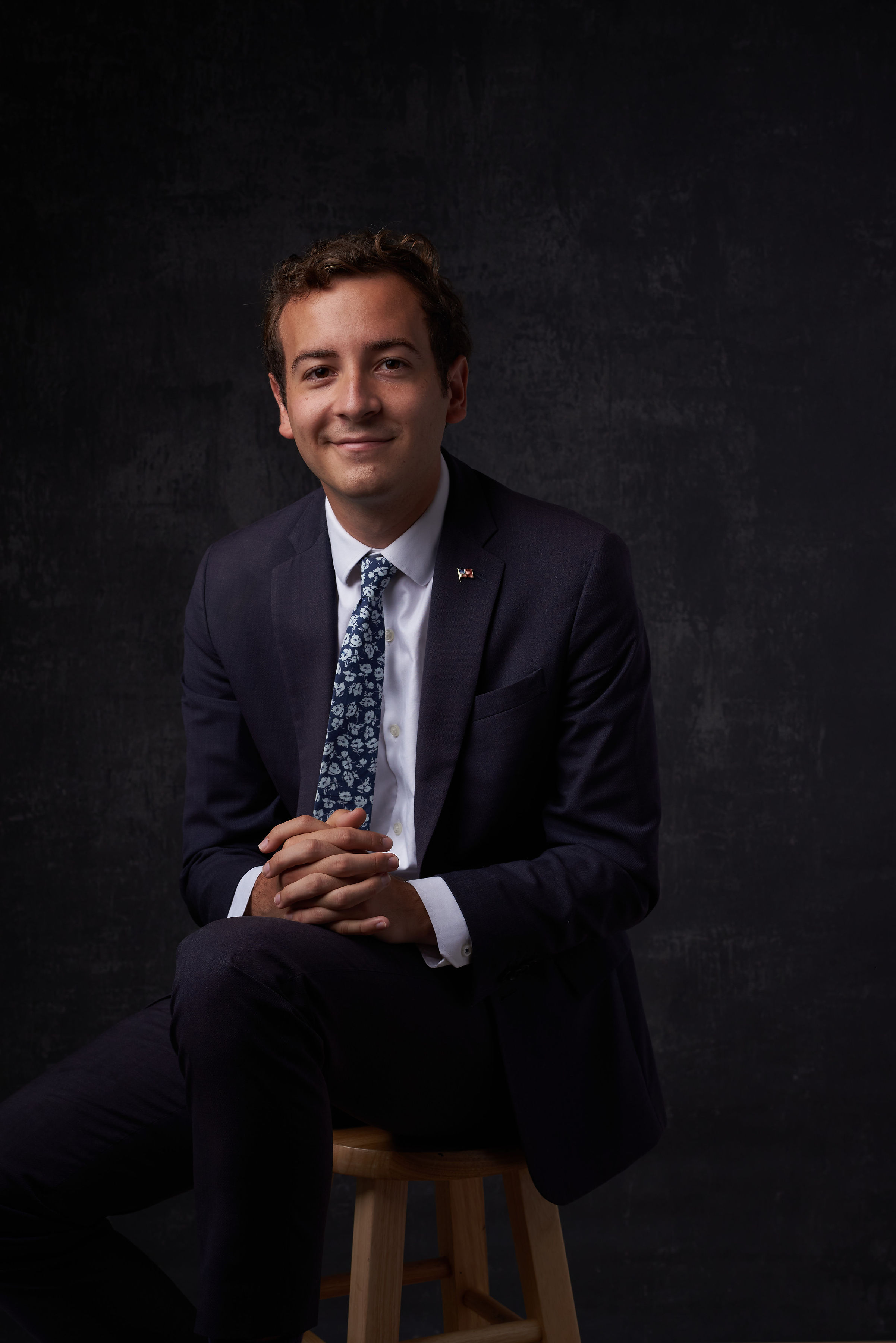 Will Haskell made news in 2018 when he was elected in as Connecticut’s youngest state senator. Haskell represents District 26 of which Westport is a part.

I grew up in Westport and graduated from the Westport Public Schools. As did my dad, actually! I think those of us who are fortunate enough to grow up in this town have a tremendous responsibility to give back. We benefited from a first-rate education, so now we need to roll up our sleeves and make sure every school in Connecticut has the resources to help students succeed.

In school, I wasn’t involved in student government, but I was always interested in politics. I majored in Government in college, which has come in handy! And I minored in French, which… hasn’t yet.

In high school, I used to knock doors for Senator Chris Murphy and Congressman Jim Himes before I was old enough to drive. Of course, I certainly didn’t expect to run for office right out of college. But I felt there was an urgency to many of the problems we were facing, and my generation often didn’t have a seat at the decision-making table. I disagreed with the incumbent state senator on a variety of issues, from gun violence prevention to Paid Family and Medical Leave. So, I decided to come home and start knocking on doors again –this time for my own campaign.

I really love being a state senator, and in the face of everything that’s happening in Washington, DC, I believe state governments will play a critical role in defending access to healthcare, protecting our environment and promoting dignity and equality. There are so many pressing problems with the state of our state and, more broadly, the state of our politics that I haven’t given much thought to a long-term plan.

I believe strongly that Connecticut needs workforce housing. Every year, tens of thousands of college students earn their degree in this state, and then they pick up and start their careers elsewhere. Connecticut, and Fairfield County in particular, isn’t affordable or appealing to the next generation of taxpayers. As a 24-year-old, I can tell you first-hand how challenging it can be to find a place to live in town. And this isn’t just a problem for recent graduates –it’s a problem for our local economy. Businesses, both small and large, often tell me that they can’t find a young, diverse, tech-savvy workforce to fill 21st century jobs. So, while I support local control of zoning decisions, I believe communities like ours can only benefit from creating more diversity in housing options. Teachers, firefighters and police officers who serve this community ought to be able to afford to live in this community.

When I was growing up in Westport, my world extended from Exit 17 to Exit 19. I think a lot of folks who are lucky enough to grow up in town forget that a 10-minute drive on I-95 can carry you across a $100,000 difference in median income. Of course, income inequality is a problem across the country, but nowhere is it more acute than Fairfield County. That’s why I supported an increase in the minimum wage, which will give more than 300,000 Connecticut residents (the majority of whom are women) a raise this year. Representing this community in the State Capitol means spending a lot of time listening to and learning from my colleagues who represent communities that are very different from Westport.

When it comes to major social issues like COVID preparedness and safety and to racial justice, Westport was hit early on by COVID-19, and I think that jarring experience left a lasting impression on our community. These days, we understand the importance of wearing a mask, heed the advice of public health officials and continue to wash our hands constantly. We all knew someone who was impacted, and we understand the stakes of this moment are simply too high to allow politics to get in the way of science. I give the team at Town Hall a lot of credit for their tireless work to contain the virus, and I think the state as a whole has done a pretty good job as well. Although we’re not out of the woods yet, Connecticut hasn’t shied away from making tough decisions.

On racial justice, I will never forget the student-led demonstration on the Ruth Steinkraus Cohen bridge in the wake of George Floyd’s murder. I’ve been to a lot of demonstrations on that bridge; in support of the Paris Climate Accord, in opposition to Justice Kavanaugh’s confirmation, in disgust at children being put in cages at the border. I had never seen a crowd this large, and frankly, this young. Students from my alma mater spoke bravely and eloquently about the need for increased oversight in policing and increased diversity in town. Elected officials didn’t speak — we listened. Young people led the way. If that isn’t a metaphor for what we need in politics right now, I don’t know what is.

Young people led the way. If that isn’t a metaphor for what we need in politics right now, I don’t know what is.

There’s a ton of work to do in the months and years ahead. One issue that particularly interests me is increasing the number of teachers of color in Westport. Research indicates that having even one Black teacher in an elementary school increases the likelihood that a Black student will graduate by 39%. Having a more diverse faculty is beneficial to students of all races and ethnicities, but sadly less than 7% of Connecticut teachers are people of color. I don’t remember many people of color at the head of the classroom during my time in the Westport Public Schools, and I hope the state can play a role in changing that.

I spend a lot of time talking with our campaign interns about how their lives have changed so dramatically, and my heart breaks for all the sacrifices they’ve made. I know it’s tempting to flout the rules and return to some sense of normalcy. All I can say is the decisions we make today will either save lives tomorrow or put them into jeopardy. Our generation tends to feel invincible to the threat of COVID-19, but keep in mind that the safety of our parents and grandparents’ rests on our shoulders. The more we adhere to the advice of public health officials, the sooner we can turn the page and begin a better chapter in life.

This public health crisis has become an economic crisis, with too many small businesses struggling to keep their doors open. Take a walk down Main Street and you’ll see all the work that lies ahead to make this community more hospitable to entrepreneurs. If I have an opportunity to continue serving, I’ll be focused on extending a helping hand to small businesses and lowering the cost of healthcare. With the price of healthcare skyrocketing, more than 50% of small businesses in Connecticut can’t afford to provide their employees with healthcare coverage. I hope that Connecticut will enact a public option next year, introducing competition into the insurance marketplace and helping small businesses thrive.

If I were to sum it up what keeps me up at night, it’s the fact that some people are so frustrated by what they see on TV, they are retreating from politics. Regardless of your political beliefs, this is a moment that calls for rolling up your sleeves, not throwing up your hands. We can’t sit back and wait for somebody else to restore decency, respect and reason to our government. As President Obama said, “we are the ones we’ve been waiting for.” I hope this terrible year inspires people to lean in, not step back.