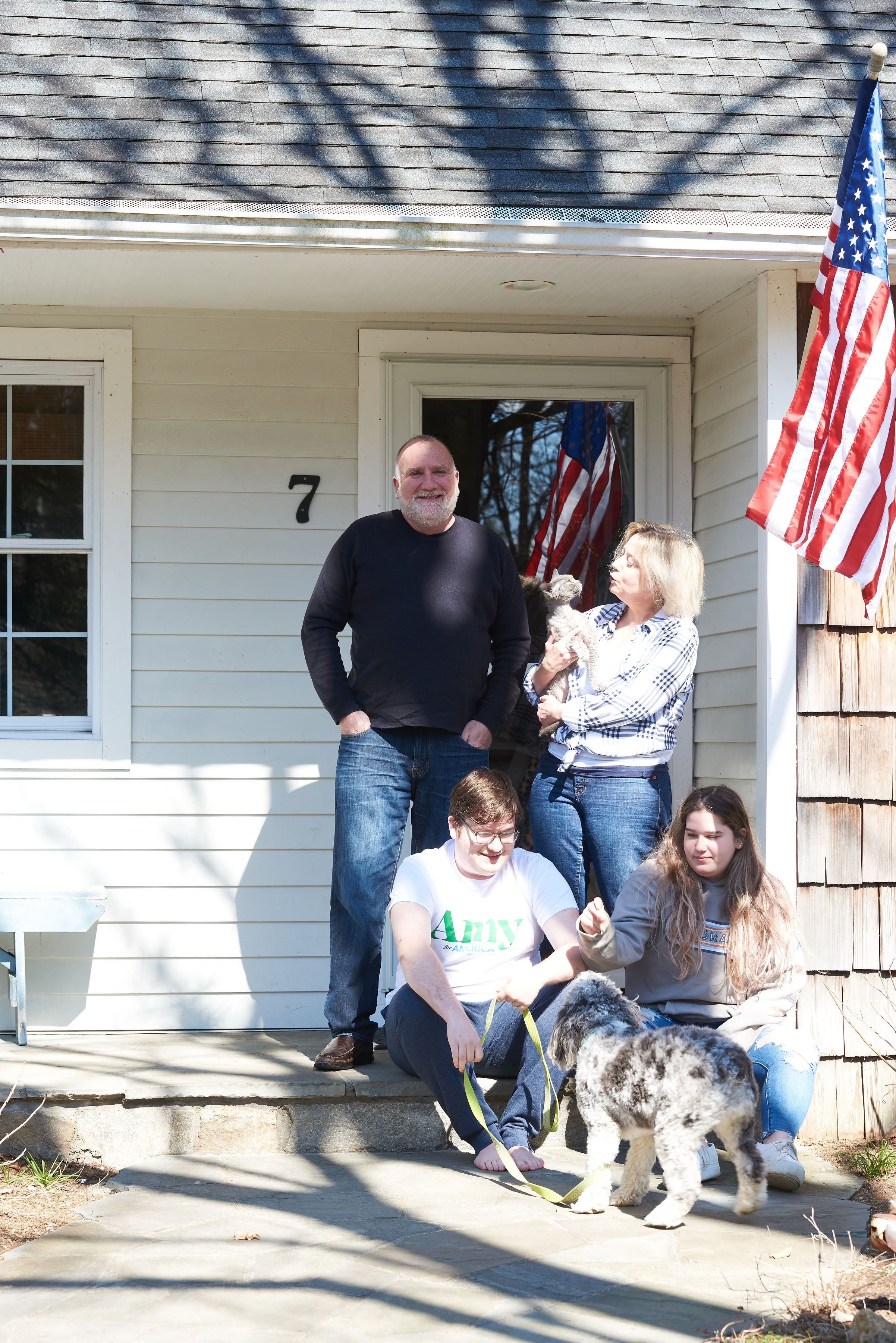 Amy Kaplan is an artist, an event planner and an elected RTM member. She, her husband and two kids have lived in Westport for 20 years.

My son was supposed to study abroad in Shanghai China, leaving February 8. So we became aware of Corona Virus early, as the virus began to sweep Wuhan and China enacted quarantines. Initially, he was offered a spot in Australia as an alternative, but he decided to take the semester off instead and get a job. After working on Amy Klobuchar’s campaign in Tennessee, he took a job as a campaign consultant for a candidate in North Carolina. That’s when the virus hit Westport. Under the threat of some kind of national shelter in place rule, his new boss sent everyone home to work remotely. He joins my husband working from home for now. My husband’s company manufactures in China, so again, we’ve been watching this unfold with dread since January. At first, he was on the phone with Chinese co-workers expressing our concern for them. Now the shoe is on the other foot.

At first, [my husband] was on the phone with Chinese co-workers expressing our concern for them. Now the shoe is on the other foot.

My events are canceled or postponed, and my RTM work has been on hold as we try to adapt to a new process of holding public meetings. As an artist, it’s been a bit of a bright spot because with fewer “important” errands and meetings canceled, I have more guilt-free time in my studio. I’m finding I need that time more than ever, just to lose that ever-present anxiety for a time.

The biggest challenge for me is to keep my high school senior connected to these last few weeks of her Westport Public School career. After a crazy few days, she had finally worked out a schedule that worked for her- sleeping till noon, but then doing all the work required during the afternoon and evening hours, taking breaks on her own time. Then, school sent an email requiring them to all sign in at 8:30 am and work from 8:30-12:15. Apparently the lack of schedule was difficult for some…but I can say with certainty that adhering to this rigid schedule in the midst of this crazy time is not going to go well in this house.

We are just an ordinary family living thru an extraordinary time. This is a time when I was mentally preparing to be an empty nester, but as it turns out, both our children are here with us, and I’m grateful that we are together. In a way it reminds me of when they were young, with lots of noise and laundry! But it’s also a privilege to be with them as “almost adults”, when we can relate to each other as family members and friends, and share our solutions and work-arounds with each other. Hopefully we’ll share some laughs as well, even in these trying times. Mostly, we are ok. We’ll all get through this in our own way, so don’t be afraid to chart your own way behind your closed front door. But come out and wave sometimes!

I do love that people are finding virtual and alternative ways to connect and support each other but I’m not so thrilled at the selfishness displayed by hoarding and refusal to social distance properly. I think our town leaders are doing the best they can in a difficult situation, but I wish they had been more forthcoming originally about the level of exposure here in town. To be fair, I’m not sure they got accurate info themselves right away. I just feel people might have taken quarantine more seriously if we understood that it wasn’t just people at the infamous party that were exposed. Those exposed people attended many other events that weekend and into the following week before school closed. There was a concern about people being blamed, but, honestly, I’ve not heard one person online or in real life, express that. Mostly people just wanted info to try to retrace their steps or to understand their own potential for exposure. Many of us live with or love vulnerable high-risk people, and just want to keep them safe. I sincerely hope our town officials are advocating vociferously for us behind the scenes with the state and federal agencies.

I’m worried we are going to lose a lot of amazing people who still have so much to offer the world. I’m worried that my husband’s business will collapse, that my son will not graduate from college and still have student loans to pay. I’m worried that my daughter will not set off across the country next year, to claim her own future. I’m worried that Trump will seize this to declare elections unsafe or invalid to solidify his power and not leave office. I’m worried companies will find they only need half the staff they previously employed, and that this will not be a pause in the American economy, but the beginning of a free fall.

I’m spending a lot of time calling, emailing, face-timing and offering to get food or necessities for neighbors. I’ve set up a virtual cocktail hour on Zoom with a friend for our artists group.

I’m jumping in on this oral history project to stay connected and to build something from this time that we can look back on.