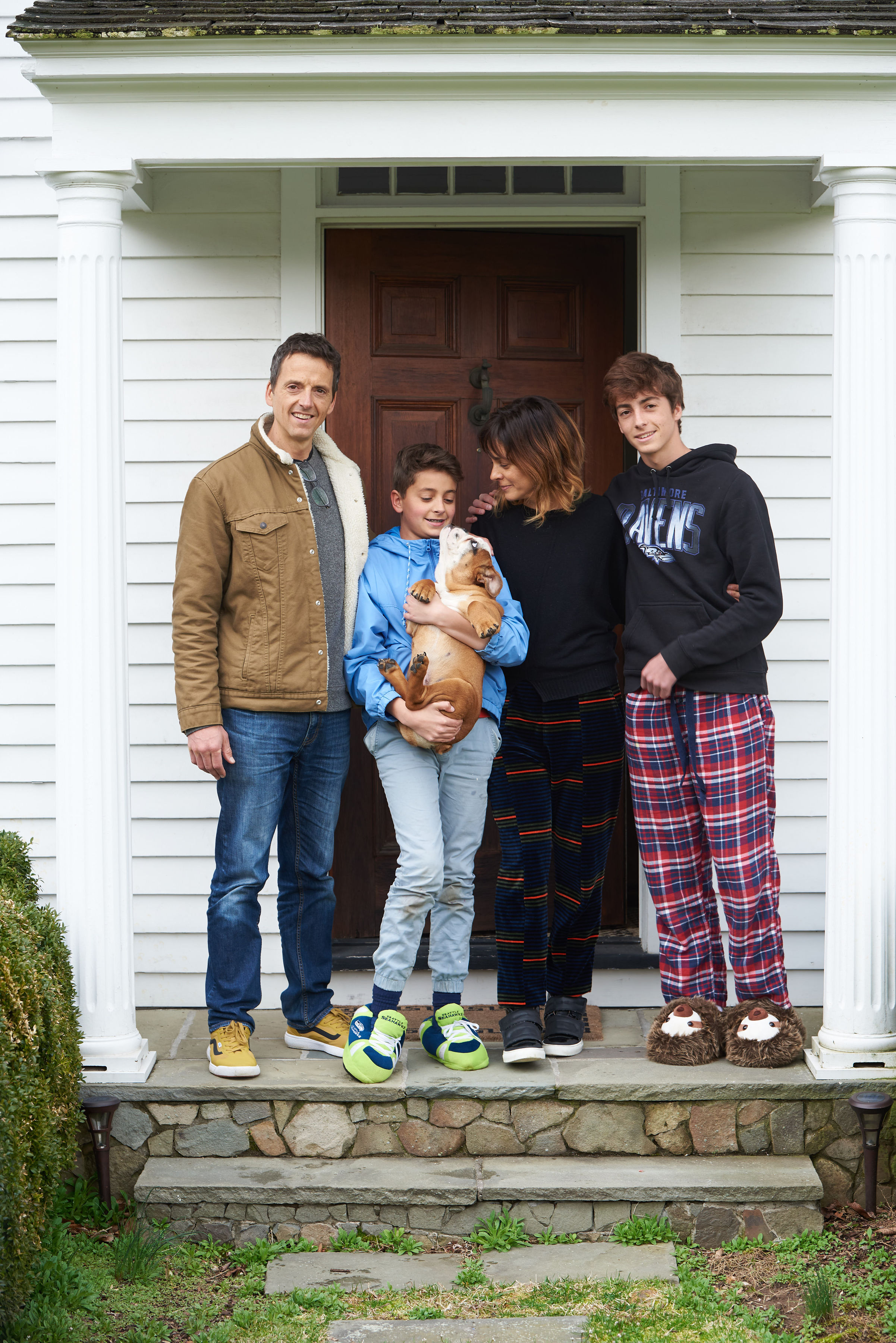 Stephanie Szostak, her husband and two boys, aged 17 and 13 have lived in Westport for seven years. Stephanie is an actress who recently wrapped up the second season of her show A Million Little Things on ABC.

“Having just wrapped a show, normally I would be probably auditioning for new stuff now but obviously all productions everywhere have stopped. As an actor these periods of unemployment and waiting are something we are familiar with so I’ve decided to treat it like that—as regular waiting. I’ve had to deal with not being in control before—waiting for callbacks for example. It’s good to treat this as sort of an “off-season” like athletes and to take the opportunity to do things to be a better performer, like creating and journaling which I am attempting to do.

Sometimes, I can’t believe the volatility of my state of mind. There are days where I’m positive or functioning and just being able to take day to day and focusing on what’s in my control. I focus on just feelin  and acting slow and just being where I am–where my two feet are. And things are ok when things are like that. It’s not that I am being oblivious but I’ve limited watching news to once a day.

There are other days when I can’t quiet my mind and that’s saying a lot because and I’ m a meditator. I meditate 2x a day. I guess we are never really in control but this is more challenging than in regular times. Your own mind can be an obstacle—thinking about the future and the pain all around.

Other obstacles are the news, being four people in one house, together all the time. I gain energy from moments alone, and that is challenged now. It goes without saying, though, that it’s a blessing to be together with our loved ones. We say thank god we are together, and that we like as well as love each other.

My husband is a financial planner who normally goes into city two to three times a week. Like everyone he works from home all the time now and he is actually working a lot, and is in touch with a lot of clients just hearing them out about and what they need. It’s interesting because you can hear from his side of the conversation that theirs state of mind range. He’ll go from one person who is optimistic and to another going through a nightmare as well people who were dealing with illness already and then this crisis has happened. Of course, it affects him but thank goodness for technology so he can stay connected to co-workers because for him going to office was important. It’s important to feel the energy of other people around you.

One saving grace as a family has been the puppy we adopted in February. He has been such a gift.  He’s given us moments of joy and love and togetherness around him. The other day, I was lying on the ground with the puppy with my 17 year old—a tender moment that wouldn’t have happened normally.

We’ve also drawn a lot of resilience from our kids. Kids are incredible because they are in the moment always. My younger son has a group FaceTime talk with his friends they all check in and it’s so sweet. They talk about school, have homework groups—they help each other.

Most of all, I’m amazed at the leadership in the town and the communication we’ve been getting from very early on—it really makes a difference. I feel like that as a community we’ve really come together and everyone is respecting what needs to happen. Most of the time, people have good intentions. I believe in the good of people but some people take a little bit longer to figure thing out, to get with the program. I don’t think that’s ill-intended so I believe we have to be careful with social media with pointing fingers, denouncing or accusing. We need to talk to people directly, email if we need to say something or see something. We need to have accountability for what we say and not hide behind a screen.

My mom grew up in Paris in World War 2 and she said “funny times, bring funny behavior”—meaning you don’t know how people will react to stress.  We need to have history be our teacher and hear its reminders, before we reach points where we want lash out when we see others doing what we don’t think is right. We should remember that we don’t know what they are going through.

Social distancing is weighing on us all, but it will be long, so we must remember to be gentle in the way we act with one another. We need to get ahead of the mental and emotional issues that will surely arise. Awareness is everything. If we are made aware then we can step into the world with that awareness.”