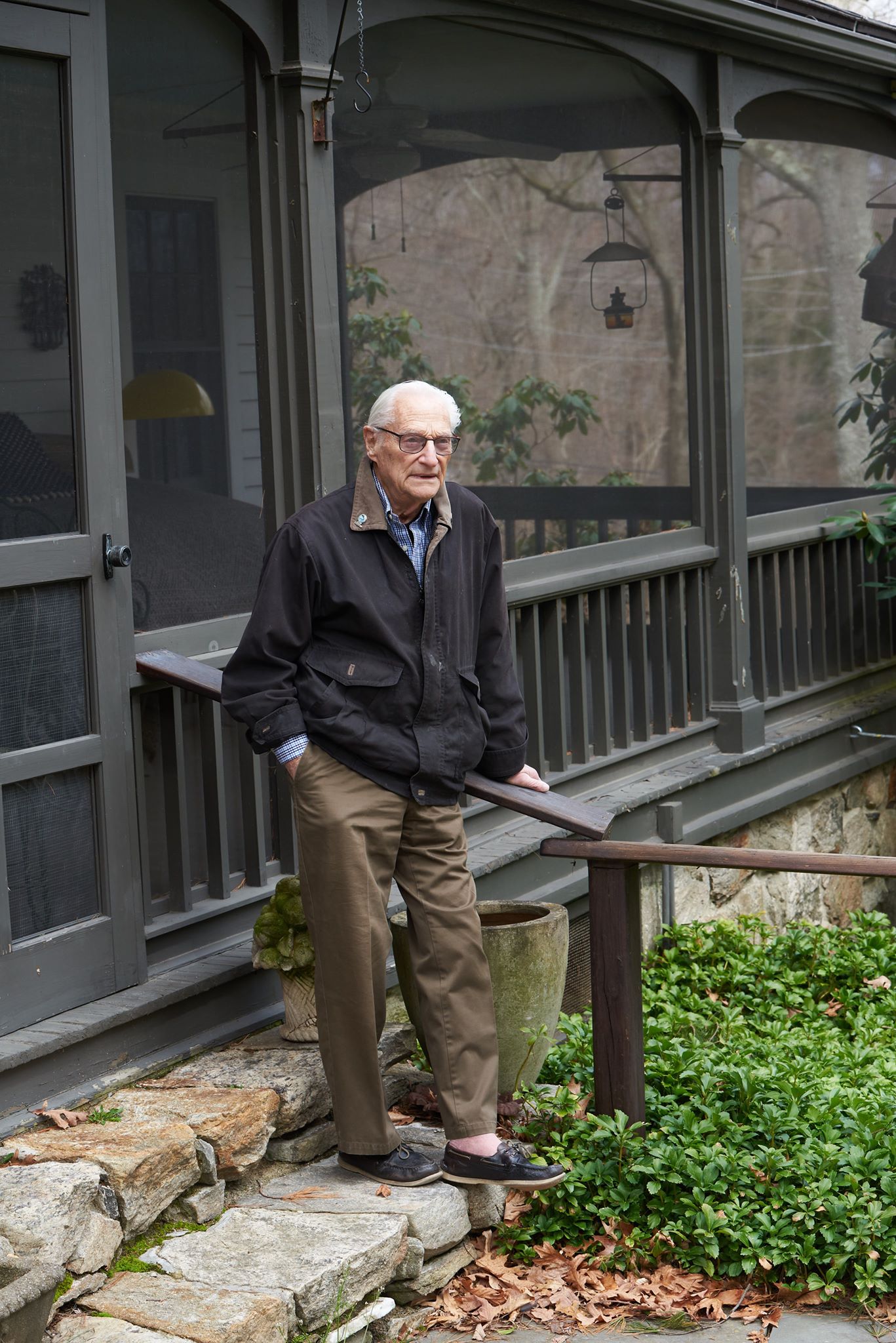 At 91 years old, Larry Untermeyer is still very much the international jet-setting man-about-town he was back in his days as an original “mad man” in the heady golden era of Manhattan’s advertising scene. A 58-year resident of Westport, Larry moved here with wife, Nikki, and raised two children. He is known to most about Westport as the gentleman with the camera—a second career born out of a hobby from his advertising days. The adopted son of the celebrated poet, Louis Untermeyer, Larry’s life reads like an adventure novel: He’s been on the stage, served in the Army during the Korean War both entertaining troops and as a special service agent, worked as a producer in television, radio, motion pictures and documentaries. He continues his world travels—58 countries and counting– including, recently, a photo-safari to Africa.

“Being cooped up is hardest for me. I feel like a caged lion but I think we’re all handling it. The town is handling it. It’s a great town, by the way, I wouldn’t have lived anywhere else and I could have. I stayed here because of the beautiful town and great people.

I could go crazy if I wanted to but I don’t want to. I do wish I was a few years younger to be running around. I have another great-grandchild on the way in August, in Germany. My first great grandchild—Luna—is 1 ½. I wanted to go to Germany and Italy this year, but that’s all blown up now. Of course, I don’t know if I’ll ever see them again. I’m here waiting to see if I can travel. I still take pictures from my window—a lot of them. And I have a lot of pictures to organize, so I’m pretty busy here.

I can’t complain—I’ve been lucky in my life in many respects. I’ve twisted through the forest and made it through. A lot of my friends didn’t. If I can hang in for a few more years until we get out of this mess than I can get back to doing what I was doing.

I’ve been lucky in my life in many respects. I’ve twisted through the forest and made it through.

I am very fearful about the fact that I don’t think this country will be the same again. I think we are in for terrible times for the next generation. It will depend on the next president. If it’s Trump for another four years I wouldn’t want to be here, he is a horrible man who has done horrible things. I have no respect for anyone in the Congress, even Democrats, who didn’t scream enough and didn’t do enough to fight. The little TV that I watch is so full of disinformation that it’s disheartening. I am afraid this country is going to be a dictatorship soon –it’s all being made up as they go along and nobody stops them.

For now, I’ll stay in my house and behave. I can do it. I get angry but I can do it. When the weather turns better, I’ll be on the porch. Of course, there’s a number of things I worry about– I can’t get cleaners in or house maintenance done.  But hey, if my yard grows to be a big field, I might have to plant oats and alfalfa. When I was young, I grew up on a farm in upstate New York so I’m very familiar with that sort of thing. I just remind myself, I have a beautiful house, and a beautiful property. I still have a few dollars in the bank. I’m luckier than 99% of the people in the world.