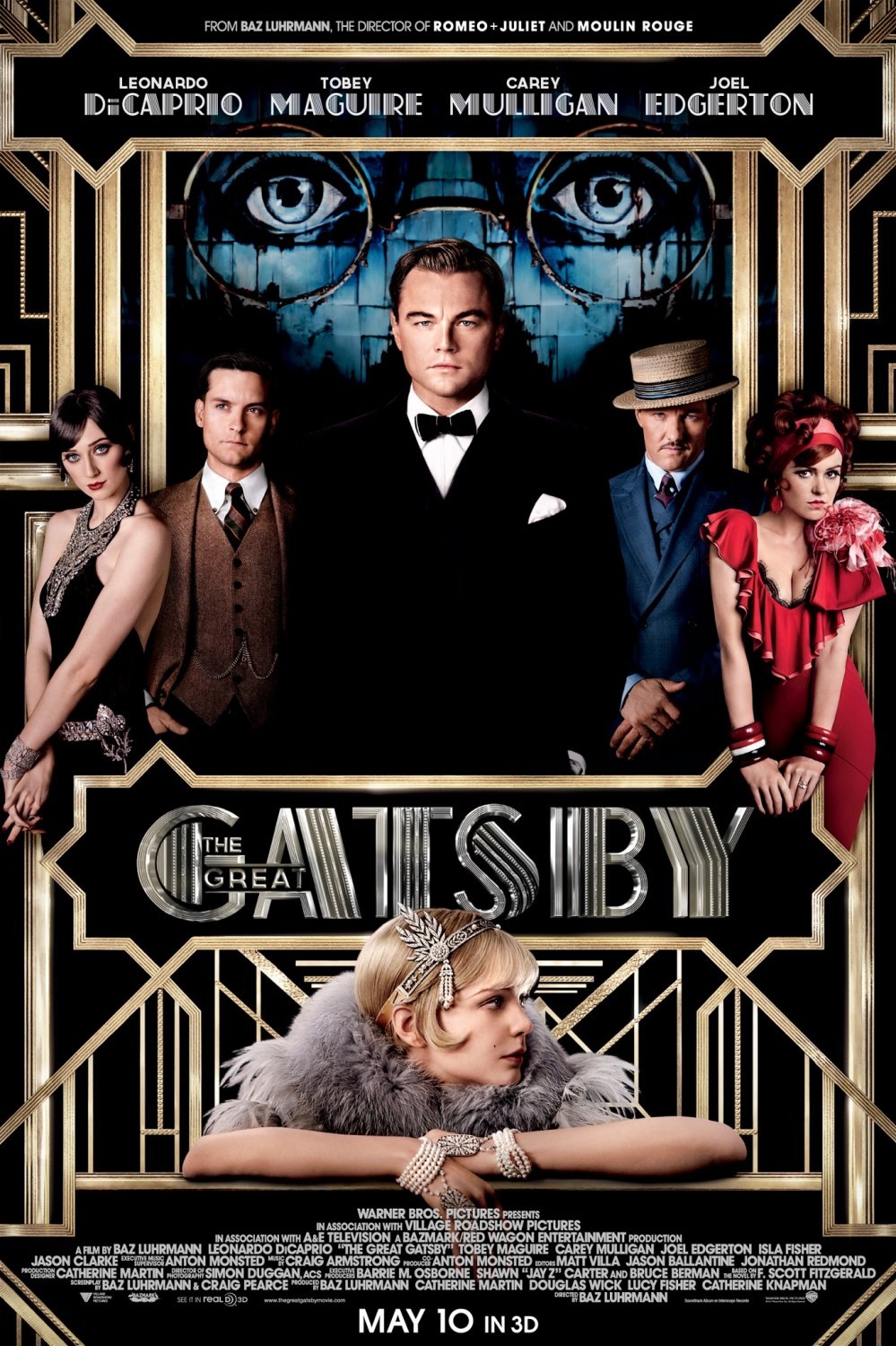 Leave a comment May 21, 2020 virtualmuseumwestport
My family turned a dreary quarantine Saturday into a day full of 1920’s roar with Gatsby!  Our two sophomores had just finished reading F. Scott Fitzgerald’s 1925 novel, The Great Gatsby for their English class and decided to compare and contrast the book to the films produced in 1974 (starring Robert Redford and Mia Farrow) and 2013 (starring Leonardo DiCaprio & Carey Mulligan). The whole family ended up getting into it, especially knowing that F. Scott and his wife, Zelda spent the summer of 1920 in our town. They stayed at the cottage located at the right entrance of Longshore, which was owned then by F.E. Lewis, a larger-than-life reclusive multi-millionaire. According to some historians, F. Scott and Zelda’s time spent at the Westport cottage heavily influenced the setting and opulence of the story.

Here is what we thought: Both films were very well made at the time they were produced and found it interesting to see how cinematography advanced over 39 years. The 1974 version depicted a more realistic environment and we could imagine Gatsby’s house actually being what we know today as the Inn at Longshore and Nick’s rented cottage being the same house that F. Scott and Zelda had rented next door. The 2013 version portrayed an over-the-top, fantasized world that takes the imagination beyond what could be possible which we all agreed was what the book intended.

All actors in each film gave great performances, however found that the 2013 version depicted the characters more closely to the book. Both screen writers definitely took some liberties transferring the book to film, however, this was more apparent in the 1974 version (for example, how Nick doesn’t meet Gatsby at the party). We also noted that the 1974 version captured the relationship between Nick and Jordan better and were a bit disappointed not to see Nick’s land lady make an appearance in either film. We just learned that there are a couple more film adaptations that we are looking forward to watching: a 1926 silent film starring Warner Baxter and Lois Wilson; and a 1949 film starring Alan Ladd and Betty Field.
Film Review: The Great Gatsby (1974 & 2013)Alicia D’Anna
Existentialist French author Albert Camus’ The Plague, set in the town of Oran, French Algeria, a town that has been wracked by pandemic over the its history from the bubonic plague in the 16th century to multiple cholera epidemics in the author’s own lifetime. The book offers unique insight into a community faced with an epidemic. Despite having been written over 70 years ago, The Plague near perfectly mirrors the Corona-virus pandemic exploring themes of individual helplessness among its characters which include people on all sides of the pandemic from a physician and a cleric to officials at varying levels of government to a journalist well-meaning private individuals—all trying to make sense of the overwhelming public health crisis they are currently facing. Quarantine, lock down, and, eventually re-opening are all themes in the book—but for some characters, deliverance from the plague comes too late. As you watch the disease spread through the town of Oran, you will see striking parallels between the book and the worldwide events of the past few months. An overall great read, Camus’ The Plague is a perfect—if sobering—book to read while in lock-down.
Book Review: The PlagueOliver D’Anna