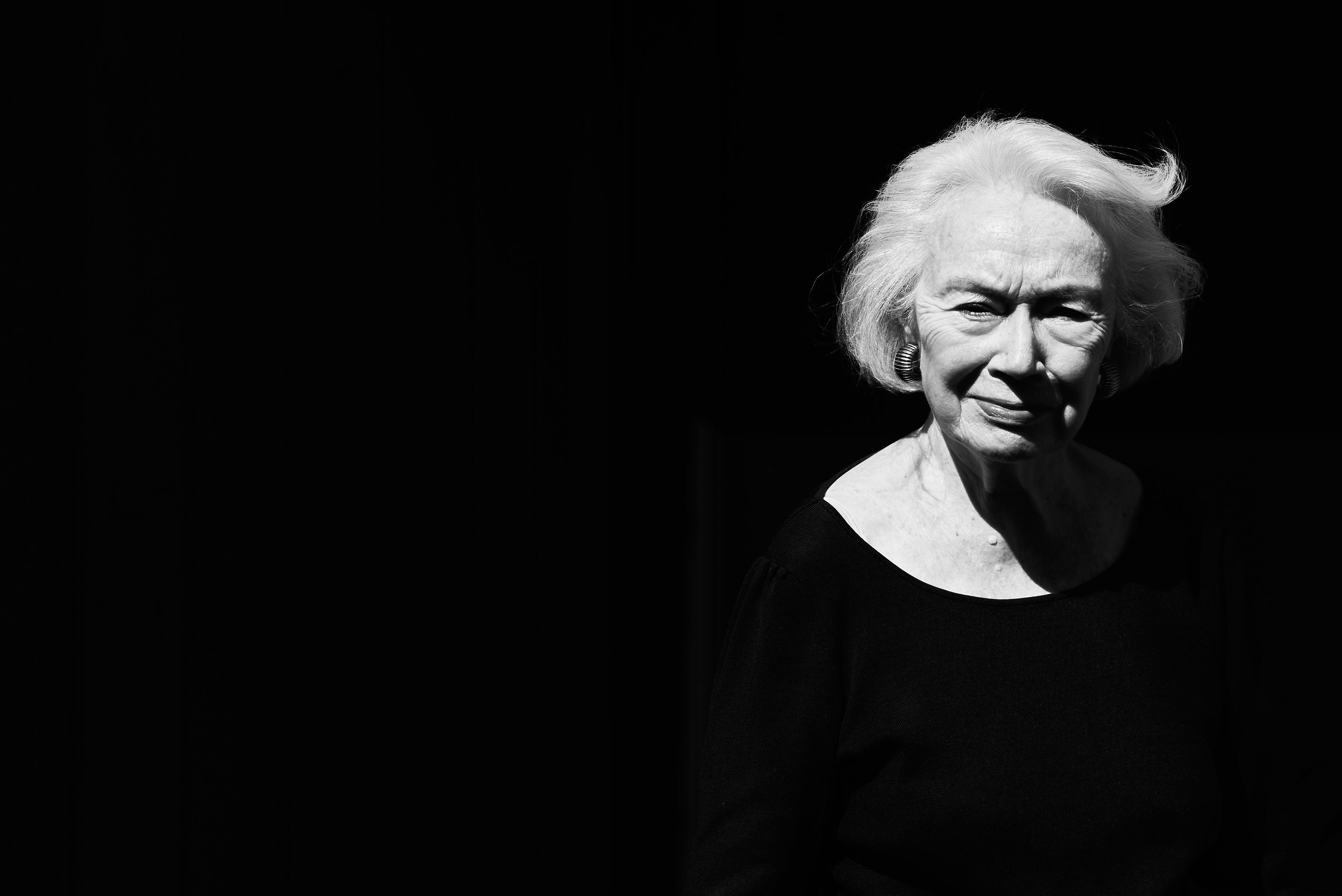 Mrs. Margaret “Peggy” Henkel moved to Westport in 1965 and was part of a group of locals who revived the largely-defunct Westport Historical Society (now Westport Museum for History & Culture). Created in 1889, the Society changed names and iterations several times, petering out and restarting over the course of the century meeting in members’ homes. By 1965, it was largely a memory. Peggy was instrumental in helping the Society obtain its current headquarters, the Bradley-Wheeler House on Avery Place. Today the vibrant 93-year-old lives in Stratford.

“I was born in China, but didn’t live there long. My parents met in Peking—now it’s Beijing of course. My father was working for an American company and my mother was taken there on what was to be an around the world trip by two aunts and an uncle. Before she left her mother told her “No smoking, no drinking cocktails, and no getting married.” Well she got married in a town called Titzen (sp) and then moved to WuHu, on Yangtze river, where I was born.

I grew up in Marietta, Ohio, where my mother’s family was from. Marietta was the first settlement in the Northwest Territory. I spent my first 12 years in my grandmother’s house there and then moved to Columbus. After college, I worked in Columbus as a fashion coordinator with Lazarus Department Store where I did displays, hired models and put on fashion shows.  I even met my husband at Lazarus. He came there to do publicity. Later we had our baby in Columbus—Elizabeth.

We traveled a lot with my husband’s job and eventually we moved to Pittsburgh and then to Connecticut when he joined a big ad agency in New York City. After a lot of house hunting, we chose Westport. When I got to Westport, I thought, “This is a very interesting town, it must have a lot of history but where is the historical society…?”

When we moved to Westport in 1965, I became part of a group that revived the historical society. One thing led to another and lo and behold I ended up being put on the board and then eventually I was elected president. I began to start putting together ideas to make us more well-known and one thing led to another.

At one point, before my time, the Society met at Adam’s Academy because we had no building. Eventually, we were able to meet in the house across the street from the current headquarters—the McClury House. For the first time we had someplace to have activities and, it was in that house that I asked Martha Stewart to do exhibits. It was a riot.

One of the things that Martha did was contribute a square to our bicentennial quilt, which was my baby. We publicized the idea and got signups. A teacher taught volunteers to make appliquéd and quilted squares and the lessons were taught in the basement of Christ & Holy Trinity Church, where I attended. We organized the group of people who did the squares. We publicized that we would do it. It was done in time for the bicentennial and we had a huge part at the McClury house and invited the town. I think that was when people came to really know that we were there and we were doing things. The funny thing was we couldn’t keep quilt there at the house because the ceilings weren’t high enough! That’s when they decided to put it in town hall.

The whole time we were at that little house across the street a group of us kept looking longingly at Wheeler House [the Museum’s current headquarters.] How we eventually were able to get the house is a funny story:

At the time, Charlotte D’Arby owned the house. She had been the Houskeeper for Dr. Wheeler and he left it to her. I became friendly with Mrs. D’Arby and used to make her cherry pies which were her favorite. She often said “everyone will be very happy when they see whom I left the house to”. At that point, I was too shy to come right out ask and for the house for the Society. Well, in the end she left the house Christy & Holy Trinity—my church.

I wasn’t president then, but a group of us got together and met with the Church. Mr. Kennedy was the rector and I knew him very well. We presented to them our proposal that we would like to buy the house from them if they would let us use it as a headquarters while we were fundraising. We had this big fundraising committee-Eve Potts was involved, Dottie Fincher was there and I was heading up the committee. We met in our “meetings room” which then was turned into a gift shop, [and is today, again, a meetings/programs room]. We realized we had a big job ahead of us, so that’s when we decided we’d create a newsletter to let people know about the Society and what we do for the town.

When we bought that house, there was only one piece of furniture left by the previous owners—a cabinet. Everything else that was in those rooms was acquired later. We had decided to create period rooms to the best of our ability because we visited a lot of historical societies and learned that, in those days, that’s what historical societies did.

I think that as a society we are too impatient, that’s why we need functional historical societies and museums to remind us. That’s why I got involved [with Westport Historical Society] way back when and spent a lot of time and money when I should have been working–because I felt it was important. I mean that I’m proud of the Westport Historical Society and what it does today. I think that’s good they changed the name– we always wanted to be a Museum first. I think that the things they are doing now are of the moment and that’s as it should be.

There has never been a period of time that felt like this. I think this pandemic is a very, very unusual occurrence.   I think about living through World War II versus this pandemic: I was in high school during the war, so of course I remember Pearl Harbor and what a shock that was–and everyone wondering where in the world was Pearl Harbor? I lived in Ohio, far from the coast, but I did take a course in plane-spotting.  It was something we had to do, so that was interesting.

My mother had a victory garden, I remember the rationing and my mother grew a lot of foods and that’s how we got along. I don’t recall hoarding but I may not have known, I knew there were shortages and we had to curtail certain foods. I do remember rationing books. When we graduated in 1944 the yearbook said some of the boys were going to the army and that seemed so foreign– to me at least.

Even during the War, it was more possible to feel like life was somewhat normal. There wasn’t a constant feeling of danger at least where I lived, like we have now with the virus. You could almost forget there was a war on.

We would get news about what was happening in war, but it seemed so far away, it really didn’t hit America. Since I lived in the Mid-West although there wasn’t too much danger. I did see planes fly over that I did recognize from my plane-spotting. We did have a sense that feeling that we would win and eventually the war would end because the whole country was converted to war time status. We worked together and we kept getting news of victories–wherever they were–and the American spirit prevailed.

With COVID I get that feeling that it is never ending. There isn’t that same feeling of working together and that we were all converted to the value of science. If we had a leader to bring everyone together the way Roosevelt did, we could get through this. I actually wasn’t a great fan of Roosevelt but he was a terrific leader. Even if you didn’t agree with him and his policies the leadership was there and you could recognize it. It was definitely a different time but this pandemic is absolutely colossal. I hope we can get past it soon but it will take cooperation of a lot of people and there isn’t that cooperation yet.

We can only pray that things will get better and I’m trying to be hopeful and positive.

One thought on “Focus On: Peggy Henkel”