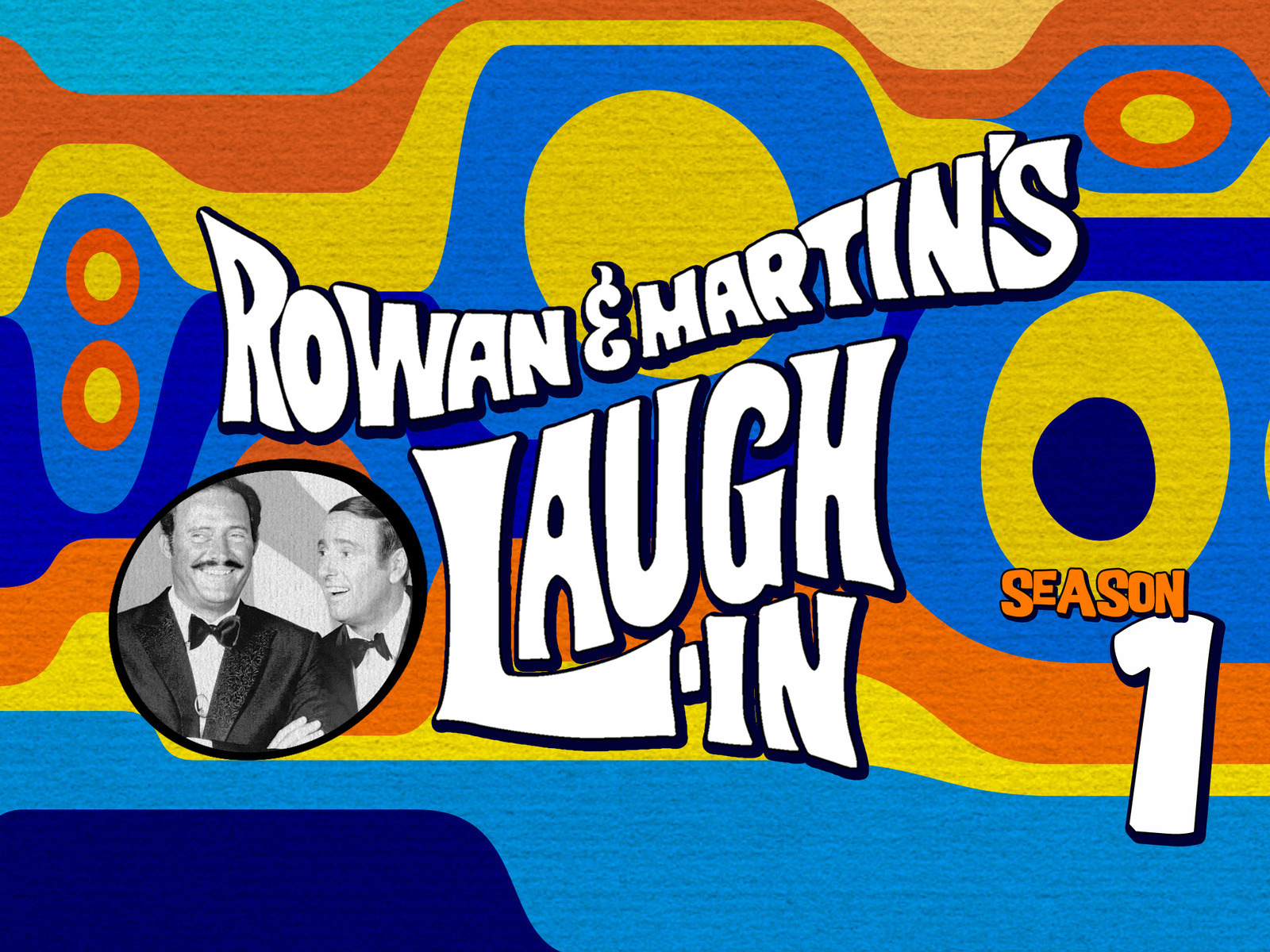 Leave a comment June 4, 2020 virtualmuseumwestport
Rowan and Martin’s Laugh-in is a skit comedy show that aired in the late 60’s and early 70’s, known for its unconventional pacing and humor, as well as its commentary of current topics and politics. The Vietnam War and Nixon Administration was a favorite target. Even now, more than 50 years later than first airing in some instances, I found the jokes to be incredibly entertaining, and was able to see several humorous performers —some of whose acts we might consider eccentric or odd today. One example was Tiny Tim, a ukulele player who sang songs like “Tip Toe Through the Tulips” in an incredibly high falsetto. The show featured different musical guests with up-and-coming performers of the day each episode, keeping the audience on its toes and exposing them to new personalities every time.
Naturally due to the age and controversial nature of the show, some jokes didn’t age well—particularly those with sexist or racist overtones. However, if you are looking for a ‘groovy’ throwback or want a glimpse into pop-culture of the past, and are able to historically contextualize the content, I would definitely recommend giving the Laugh-in a watch.
TV Review: “Laugh-In”Bennet Staffa, WM’s Staples High School Intern
Mary Beard’s book SPQR: A History of Ancient Rome takes a new critical look at what she calls “the first Roman millennium”, the one thousand years after the supposed founding of the eternal city in the 8th Century BCE. (SPQR is an abbreviation for the Latin phrase Senātus Populusque Rōmānus which refers to the ancient Roman republic.) Through examining and evaluating the bias of the written record of the Roman Republic and Empire during that period, combined with analysis of archaeological evidence, Beard reveals that much of what we believed to be true about the Romans may be more nuanced that it appears. The book is slightly more advanced scholarly work, and is not the best place to start for people just beginning to learn about the history of Rome, but for readers with a little background already, it’s a highly recommended read.
Book Review: “SPQR: A History of Ancient Rome”Nick Foster