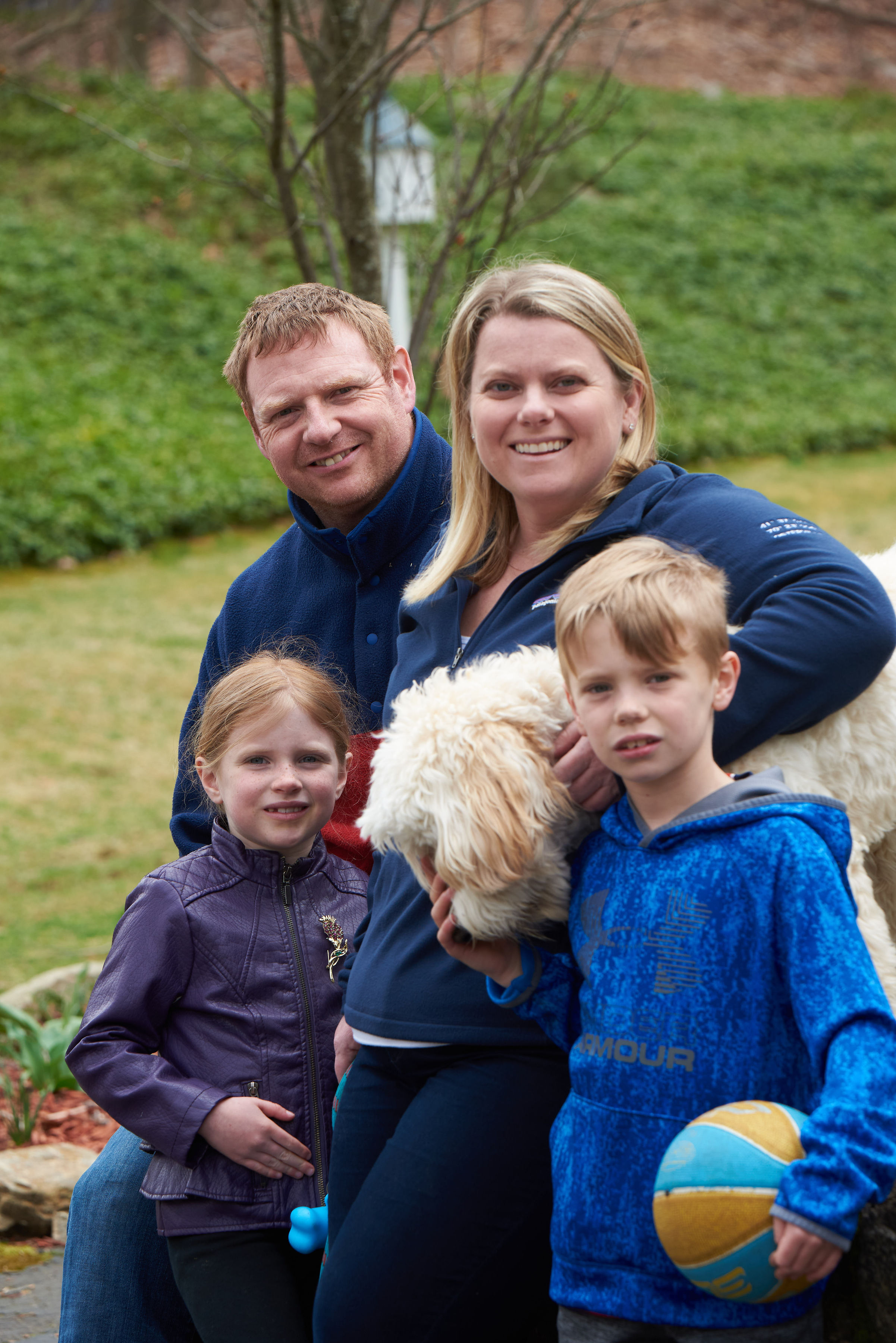 I was aware of COVID in January because of what was happening in China. In February, we were in Costa Rica on winter break and things started getting serious. Our airline sent out an email saying like that they were shutting down flights from certain places. In that moment I knew we had to get home right away.

We’ve lived in Westport six and half years, and I have seven-year-old twins who are in second grade at Kings Highway. I’m always grateful that I have kids but especially now because they give me direction during the day. We wake up, we have breakfast, we get ready for school, just like we would on a regular day. Then we have stuff to get through — reading, writing math, word work, science, Spanish.

I don’t live in a big house so everybody’s home. And that’s great because we like each other. But you know, all day now I’m mom and teacher and wife and I need to exercise and need to make meals for everybody and still need to clean the house and take care of myself and it’s just nonstop. Of course, when you have young kids when you’re in the throes of it, you feel like you’re not tearing your hair out. But I try and remind myself that this has been amazing family time because I think my most common complaint about life before quarantine, especially in Westport, was just how intense it is with playdates and practices and activities at homework and school and it’s very busy all the time. I don’t remember it being like that when I was kid. I remember being honestly a little bit more like this where we had family dinners every night and we watched Jeopardy and Wheel of Fortune together every night.

Nobody’s been sick I’m super thankful for that and super grateful that we’ve all been healthy. If this is the worst of it than I made out okay. People like my parents who are elderly and in their 80s, they’re just home and they can’t go anywhere and they can’t go to the supermarket. They can’t see anybody and we can’t see them and they have nothing but time on their hands and that I think must be tricky

I feel like my twins have bonded a lot over this because they just have each other and nobody else. And that’s been a really positive thing that’s come out of it. I’m amazed at how well they’ve adapted. And they seem like they’re getting a lot of sleep and they’re just chilled out which is nice. A couple of times, both of them have just been off like a little bit emotionally. And then my daughter said yesterday — they just don’t feel like themselves and they can’t put their finger on it. I tell them “I think it’s just because it’s such a crazy time. Dad and I don’t feel like ourselves. Nobody feels like themselves right now because this is a totally new way of life and we’ve never gone through anything like this but the most important thing is that we stay home and we stay healthy. We stay together and we don’t go anywhere and put ourselves at risk or put other people at risk. Eventually life will return to some kind of normal.”

Their biggest question really is when do we get to go back to school? I tell them I wish I knew, but I don’t have any answers. I don’t think that they grasp how big it really is. They do understand that it’s not normal.  The day that they closed school, my daughter’s teacher filled each child’s backpack with books and activities and homework and gave them like, two hours to go to the library and get whatever books they wanted out, and take home anything that they want to take home.

I emailed our principal and both of my kid’s teachers that night, after I’d gone through the packets that they put together for the kids. I was amazed at the organization of it, the amount of information in it. I felt the next day we were going to hit the ground running with the schoolwork they gave to us. I commend them on that because they had very little time– they had hours to put that all together.

Their classrooms have been left exactly the way they were when they left that day. Those classrooms are just frozen in time. I don’t think they’ll go back to school this year, but even if they get like one day or two before June 12 just to have some closure on the year– I feel like that would go a long way, especially for my daughter who is always excited about the last day of school, but comes home in tears because it’s so hard for her to say goodbye to her teachers.

The town is really special and they’ve done an amazing job. Our numbers [of cases] have obviously gone up but I don’t think they’ve gone up in huge increments. I think that is a testament to how serious Westport took it from the beginning. You know, there’s that infamous party where it stemmed from, which was controversial. But I said, and I stand by it: I think that that party ultimately saved lives because if it hadn’t been for that party, and if it hadn’t been for that person getting sick from that party, we would have been dealing with it two weeks later. More people would have gotten sick and more people would have died. Westport got it right in a crazy, unheard of situation. It’s tricky in the US, because of how we live our lives–obviously we move from state to state, and we like our freedoms so I can’t say that it’s been handled as well across the board across the country. But I do feel like in Westport, they did it right.

My hope is that this summer has a semblance of normalcy like that we can swim in a swimming pool and we can go to the beach and my kids might go to a camp and we can go see my family in Cape Cod and visit our family in the UK, which I don’t think we’ll be able to. I just hope life returns to normal a little bit by then, whatever that looks like.

I don’t know what this looks like next school year because until they have a vaccine, I don’t think this completely goes away and then if they have a vaccine, some people might opt not to get it, so I think we’ll always– until they have a vaccine– be kind of playing that whack a mole game where you’re just squashing the hotspots as they pop up. In the fall as we transition into flu season again will we have to transition back to homeschooling? Maybe. And I just don’t know what that long term looks like. I’m not afraid of it. I don’t really have any fears. I just obviously don’t want to get sick first of all.

I was terrified in the beginning, like when that email came out that schools were closing because Westport had its first positive case I broke down into tears and was terrified. I called my mom in tears, and said, I no longer know how to keep my children safe from diseases, from guns– any of it. I follow all the rules and I still can’t do it. But I don’t feel that way anymore. I wear a mask when I go in the grocery store. The kids haven’t really left the house. We wash our hands like maniacs, but we were always supposed to be doing that. And we just stay away from people right now. That’s the best we can do.

I don’t know what the future looks like. I just hope that come summer that things are a little bit put back together so that we can start having fun again. We’re doing the best that we can. And I know everybody is. We remain hopeful and optimistic and follow the rules so that this will soon be behind us. I hope we can go back to living life the way that– I don’t even want to say go back to living it how we did before because this dial down this has been nice–but just so that we can resume some sense of normalcy.